No one-size-fits all: Myths and Misconceptions about PCOS

Home/Specific to Medical Term/No one-size-fits all: Myths and Misconceptions about PCOS

Content warning for anti-fat bias, exorsexism, and gender essentialism in some of the linked research articles.

September has been federally designated in the United States as Polycycistic Ovary Syndrome (PCOS) Awareness Month. While awareness is often touted as instrumental in the struggle to end oppression and erasure of marginalized populations, treating it as the beginning and end of this work is misleading and deleterious. After years of involvement with activist movements, I am wary of awareness for awareness’s sake because increased awareness without increased access to safety and necessary resources is at best useless or at worst a trap. But in the case of PCOS, I think misinformation is directly contributing to a lot of shame, stigma, and disempowerment, and it is my hope that addressing some common misconceptions will help to reduce these types of harm.

I do not intend this to be a comprehensive census on all aspects of PCOS, but as a way to share some important information I’ve acquired from reading academic literature, learning from others who have PCOS, and reflecting on my own experiences. 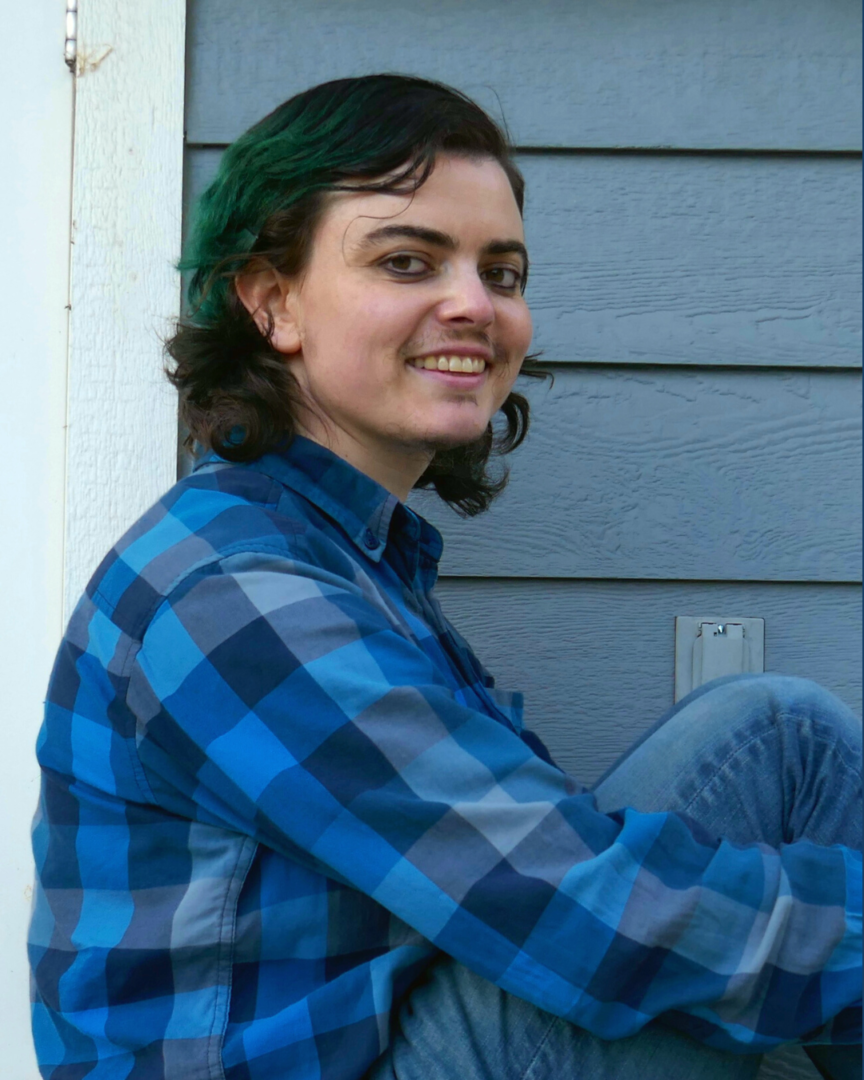 Polycystic ovary syndrome is a hormonal condition that affects 4-20% of people with ovaries worldwide. It is complex, highly variable, and still not well understood. It is likely caused by a combination of genetic and gestational factors.

To get diagnosed, you need to have at least two of the following three criteria: (1) irregular or absent menstrual periods, (2) clinical and/or biochemical hyperandrogenism, and (3) multiple “cysts” present on the ovaries as visualizable through ultrasound, without these traits being better explained by a different diagnosis. Biochemical hyperandrogenism refers to high levels of androgens in the blood. Clinical hyperandrogenism is the presence of traits like increased facial and body hair, balding, acne, and oily skin in a person who was designated female at birth. The “cysts” in polycystic ovary syndrome aren’t really cysts, they are actually retained partially mature follicles, which develop when an ova in the ovary starts to mature but doesn’t fully mature and isn’t released through ovulation. Because of the complexity and variability of the condition, different diagnostic criteria have been proposed over time and there is still some debate about which is the most accurate.

PCOS can affect fertility and reproduction, but it can also impact multiple systems of the body and result in a variety of symptoms including brain fog, mood disorders, dry eye, seborrheic dermatitis, insulin resistance, diabetes, increased facial and body hair, loss of head hair, acne, and increased risk of certain cancers. Not everyone who has PCOS has every symptom. Some people can have many symptoms and some people just have a few.

No. Gaining weight does not cause PCOS, people of any body size can have PCOS, and losing weight will not “cure” PCOS. PCOS can impact weight because of the effects on insulin and other hormones, but because it is a chronic condition that people are born with, weight manipulation will not make it go away. A lot of doctors have ideas about treating PCOS which are deeply based in anti-fat bias and which do a lot of harm and are not effective long term. As we know from years of research, over 95% of intentional weight loss attempts fail to result in sustained, long term weight loss and people with PCOS are not an exception to this pattern.

Ideally, treatment for PCOS should be based on each individual’s specific symptoms and goals. In practice, treatment is often unhelpful and coercive. A lot of the time the only way to get competent care is through endless self-education and self-advocacy.

There are some medications which impact hormones involved in PCOS and which are often recommended (or forced) on anyone who has the condition, including hormonal birth control, metformin, and spironolactone. These medications can be very beneficial for some people, but they all have side effects and whether to take them or not should always be an individual, fully informed decision. Because PCOS shows up so differently in different people, and because some symptoms are more bothersome to some people than others, there is no one size fits all treatment. I have no interest in “treating” my facial hair because it feels affirming to me, but I do take medication for anemia, low Vitamin D, and dry eye related to PCOS.

Again, there is no one size fits all answer. Intersex variations are 1) present from birth 2) result in sex traits which differ from typical binary understandings of human biological sex. How much do they have to differ? There isn’t a clear cut answer to this question, but I really like what Hans Lindahl has said in several YouTube videos, which is that intersex differences are usually significant or noticeable enough that they clearly break anatomical expectation of what “male” or “female” is supposed to look and function like.

Of course, there are people who never find out they are intersex or find out seemingly by chance late in life never having previously suspected that they were intersex. But for people who know they have PCOS who are wondering about this, I think the question of whether you experience your body in the world in a way that is better understood as as having an intersex variation rather than as having a female endocrine disorder is relevant.

Because of the variability of PCOS, it affects some people’s sex traits much more dramatically than others. Hyperandrogenic PCOS can result in significant and noticeable variation in secondary sex traits in some cases, and I’ve met more and more people over the past few years with hyperandrogenic PCOS who understand themselves as intersex. I am now also one of those people. You can read more about the process that led me to that identification here.