I drove 1,300 miles to start a new life in a red state. As a Black queer intersex person, that meant navigating new challenges for my safety, and for my vote. 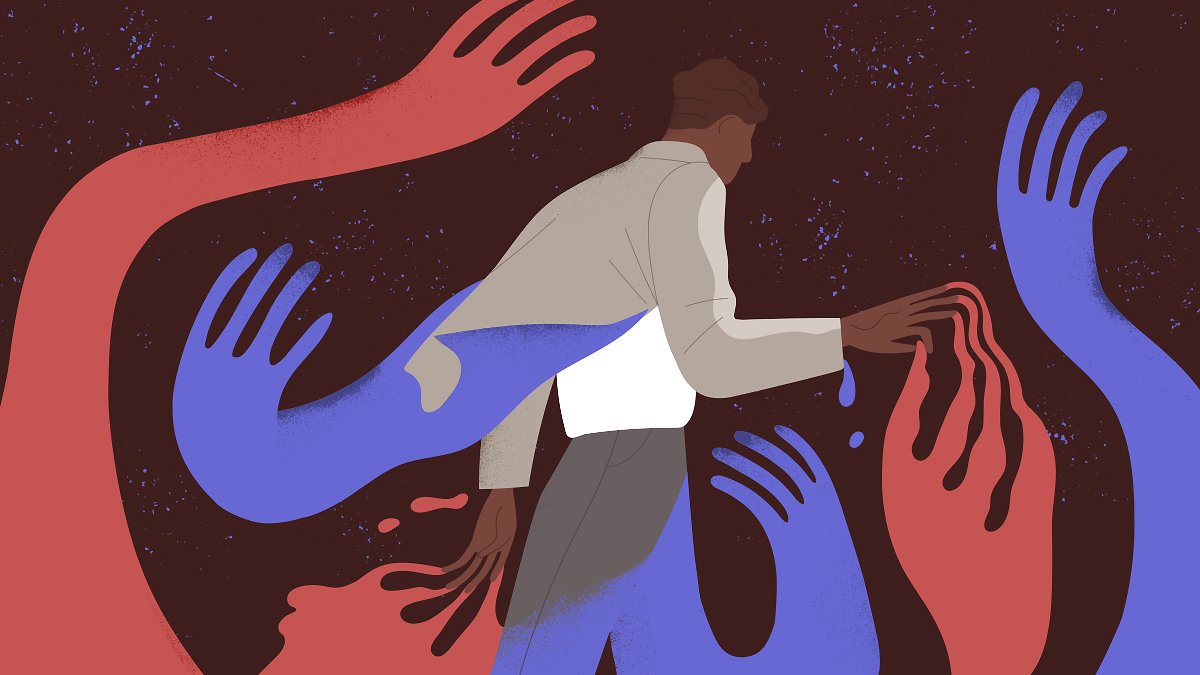 An important note: I wrote this blog in increments over a period of 2 months. It documents my moving journey from Delaware to Oklahoma from the perspective of a Black, intersex, and masculine-presenting person.

I’m moving halfway across the country.

On one hand, I’m excited. The move comes because I secured a spot in an Oklahoma program giving funding and opportunities to remote workers. On the other hand, moving is exhausting. During my free time I think about how I’ll decorate my apartment and what socially distanced events I’ll attend when I get settled in. But bigger thoughts loom in the back of my mind. I’m moving from Delaware, a firmly Democratic “blue state” since I was born, to Tulsa, the second-largest city in Oklahoma, a “red state” with a popular vote majority for Republican presidents for over 50 years. I have mixed feelings about this move as an intersex person, but especially as a Black person, given Tulsa’s dark history with the 1921 Tulsa Race Massacre.

I’d been told repeatedly that Tulsa has a different vibe compared to the rest of Oklahoma. People described the city with terms like: diverse, college town, urban, and growing economy. Was that code for safer for a Black intersex queer person?

There’s something psychological about moving from a blue state to a red state. Maybe it’s just something about the idea that the majority of people in a red state may have very different morals and values than I do. Will I feel comfortable walking down the street holding hands with my partner in a red state? If I wanted to hire a vendor for my wedding, will the business owner be more likely to deny me service in the name of religious freedom in a red state? However, I’d been told repeatedly that Tulsa has a different vibe compared to the rest of Oklahoma. People described the city with terms like: diverse, college town, urban, and growing economy. Was that code for safe for a Black intersex queer person?

As I prepared for my 20-hour trek across multiple states, I carefully planned my rest stops ahead of time. As an intersex person, one thing that I’m always worried about is knowing that I might not be able to safely use a public restroom in all cities or states. Typically whenever I’m unsure of my safety in unfamiliar places, I become hyper-aware of my surroundings. My hypervigilance was on full blast the entire trip. I was watching everyone watch me. I used the men’s restroom when I needed to. While this was unsafe, the last thing I needed as a Black intersex person was to be reprimanded by a white woman while using the restroom in a new place.

By the time I passed through Missouri, no one was wearing a face mask. I saw Trump/Pence signs alongside the highway and on the backs of pickup trucks. I stopped shaving, because I knew that for the first time, having a fuzzy beard might be my only ticket to using these men’s restrooms safely. With my beard, people might assume I was a man. But was this how I was going to feel living in Oklahoma? Was I going to be forced to live as a man in order to feel safe? Does the current federal administration protect people like me from being harmed for using the public restroom?

Was I going to be forced to live as a man in order to feel safe? Does the current federal administration protect people like me from being harmed for using the public restroom?

Once I arrived in Tulsa, one of my first thoughts was, “what’s the voter registration deadline and how do I register?” It’s an election year and we’re in the middle of a global health crisis. This will be the fourth presidential election that I am eligible to vote in. Voting feels more important now than ever. The basic human rights of many intersex and trans people are on the line.

Heading to the DMV—or Department of Public Safety as it’s known in Tulsa—was one of my first errands in Oklahoma because I wanted to register to vote. Moving to a new state is always a bureaucratic nightmare. One thing that I’ve learned after living in four different states is, no matter where you live it, the DMV is as bad as it is ubiquitous. The voter registration application required an Oklahoma driver license number. The deadline to register to vote in my new red state was quickly approaching. Worst case scenario, I’d have to send in an absentee ballot for Delaware. But by the beginning of October, I still hadn’t received an absentee ballot. The Tulsa DPS office didn’t have any appointments until December. I felt panic and hopelessness set in.

As I watched the first presidential debate live from my new apartment in Tulsa, the only thought that replayed in my mind was, “what will another four years of a Trump presidency mean for intersex and transgender people? If Trump gets re-elected, we’re screwed.” But then I thought about what might happen even if he doesn’t. Hearing the President of the United States stand on a global stage, refuse to denounce white supremacy, and then tell a white nationalist group to, “stand back and stand by” scared me. After hearing that, how can I believe I will be safe under any administration?

Hearing the President of the United States stand on a global stage, refuse to denounce white supremacy, and then tell a white nationalist group to, “stand back and stand by” scared me. After hearing that, how can I believe I will be safe under any administration?

The livelihoods of myself and my community are on the line with this election. As someone who is a part of multiple marginalized groups, when I say “my community,” I include: Black people, LGBTQI+ people, women, people from a lower socioeconomic class, and first generation college students—each of these groups will be impacted by the outcome of this election.

As a Black, masculine-presenting person with a uterus, I understand the feelings of hopelessness. I live in a place where white men sit in a room and decide what rights I get to have. It’s unsettling. Oftentimes I wonder how much my personal vote matters. I know that there are many others that feel the same way. But then I think about what happened in 2016. Voter suppression aside, there were still people who chose not to vote, chose to vote for Harambe (a gorilla from a Cincinnati zoo who was shot by a zoo worker when a 3 year old climbed into the enclosure), or just didn’t take the election seriously—and look where that got us. The impact of a single vote might be hard to see on a large scale, but every vote does matter.

If you know or love someone from a marginalized community, vote for them. Intersex and transgender people have never really been safe in the United States. The surge of anti-trans and -intersex legislation popping up left and right mid-pandemic shows we are under attack. Our community can’t afford to lose a single vote at such an important time. If you need a reason to vote, vote for us.

I’ve been watching The Handmaid’s Tale, a show about how the United States turns into a totalitarian society where women become property and lose all basic human rights. Is our current reality that far off? We have lived in a white, cis, male dominated world for as long as I can remember.

Luckily, I was able to contact my local elections office. They assured me that I do not have to have an Oklahoma’s driver’s license to register to vote in Oklahoma. I can use my social security number instead. What a relief. This will be my first time voting in a red state. Exercising my right to vote is just one way that I pay homage to my ancestors that fought for me to have this right as a Black person and as a woman. I want to acknowledge that there’s still work to do. Change can be slow, but slow change is better than no change.