Will & Grace’s 243rd episode, “Broadway Boundaries,” seems unaware that it started a difficult conversation among LGBTQIA+ viewers. And not for the better. Midway through Season 11, episode 15, a pregnant Grace asks her nurse what her baby’s gender is. The nurse replies that she should “look between the legs.” The nurse then tells Grace that if her baby has “both” sets of genitalia, she should take a picture, because she had “always wanted to see one of those.”

Across the country, intersex advocates gasped.

Watch the scene from Will & Grace’s “Broadway Boundaries:”

Genitals don’t determine gender. Nor are they a fair punchline. Even at this point in history, television writers don’t seem to bat an eye at using genital differences for an easy laugh. Every time a television show makes a “both genitalia” joke, real people suffer the consequences.

Intersex people are born with natural differences in their sex traits. Some intersex traits affect genital appearance. For example, an intersex person might have a large clitoris, small penis or testicles, internal testes or ovotestes, or chromosomes that aren’t expected. This is all part of human diversity.

It is not physically possible for a human to be born with both a penis and vagina. Every time this harmful misconception is spread by pop culture, it creates more stigma for real intersex people. Will & Grace’s use of this myth reinforces another myth: that genital differences are something for medical workers to gawk at—or worse, to “fix.”

In all 50 states, doctors can recommend harmful surgeries to parents to change intersex genitalia before the impacted child can consent. Most surgeries, such as “reducing” a clitoris, creating a vagina, or moving a working urinary opening, happen when a child is under age 2. The surgeries can scar children, mentally and physically, for a lifetime. Intersex advocates have spent decades asking for their own choices about their own bodies. Human rights, LGBTQ, and many top medical organizations agree: if they happen at all, these high-risk surgeries must be the individual’s choice.

When the media spreads stigma about genital differences, real families feel the effects. One parent interviewed for a 2017 Human Rights Watch report talked about the pressure she faced to choose infant surgery: “Everybody wants to know if you’re getting surgery. My friends, my sister—everybody has told me that I need to do this…. I think they think they’re doing you a favor or doing your child a favor because it’s going to be hard to navigate through life be[ing] different.” In the end, this parent did not go through with infant surgery. Her now teenage child is healthy. If she had chosen to do surgery young, how would he grow up to feel? What if this mother had only heard of this topic from Will & Grace? 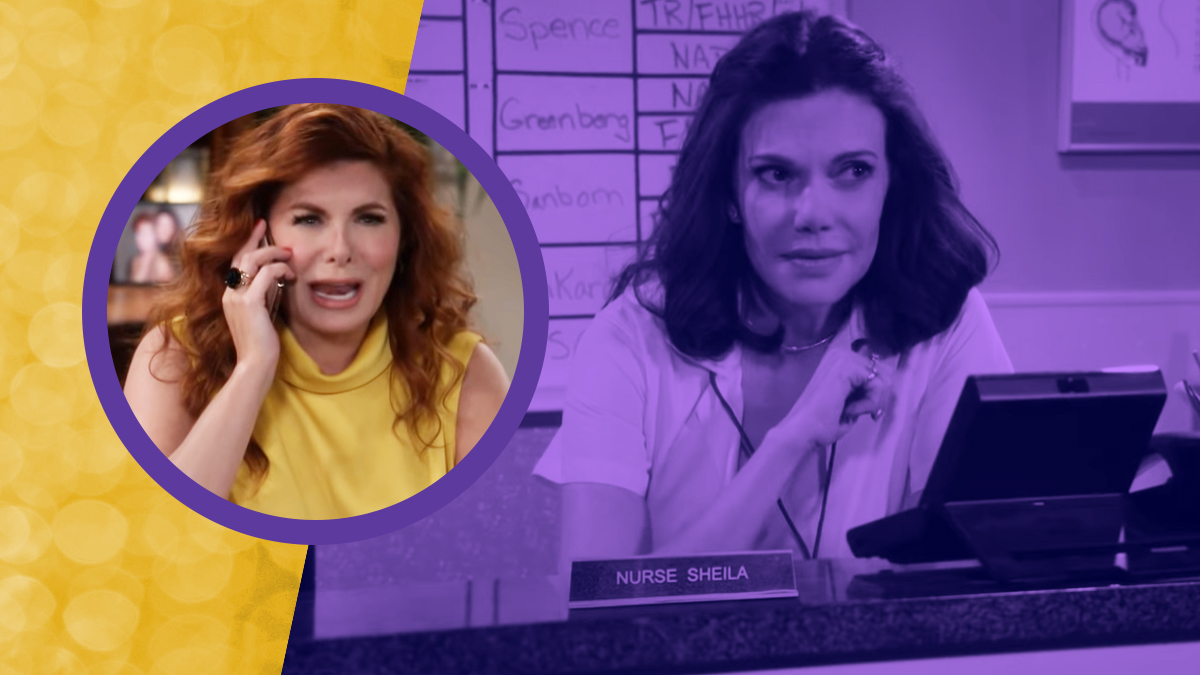 Perhaps the most troubling part of the scene was a TV nurse wanting to “take a picture” of an infant’s genitalia. Non-consensual medical photography was historically one of the most common, harmful forms of abuse faced by intersex people. Children appeared naked in medical textbooks without their knowledge, with black bars hiding their eyes. From a real healthcare worker, this would be an unconscionable comment.

Nurse Sheila’s “Broadway Boundaries” comments keep spreading the harmful myth that genitalia and gender are the same thing. In reality, people with all kinds of bodies have all kinds of gender identities. Intersex and transgender people have warned of the harms of “gender reveal” culture for many years. Treatment of these issues reveals whether a show is paying attention to a small subset of LGB people, or to the full breadth of the LGBTQIA+ community.

Will & Grace was an early leader in creating gay characters. Its writers should know that positive media representation is still key to mainstream progress on social issues.

TV writers can and must do better for intersex people. We hope that writer’s rooms will think of the intersex children and their families watching their shows. Intersex people need to know that their bodies are not punchlines. interACT: Advocates for Intersex Youth is always available for consultation on the respectful portrayal of intersex issues. Next time, please reach out.