Intersex Awareness Day: A Demonstration that Inspired a Movement

October 26 is Intersex Awareness Day (IAD), a day now winning attention as education around what intersex is, community needs, and personal stories are gaining more spotlight. The world is learning that it’s more common than thought, just misunderstood. In fact, starting in 2016 the US State Department officially recognized Intersex Awareness Day.

IAD is a day to recognize the strength and diversity of human experience and biology. It’s not new – it actually marks an event that took place 26 years in the past. The celebration of Intersex Awareness Day was created by the intersex activists Emi Koyama and Betsy Driver to commemorate several individuals’ brave protest 26 years ago.

On October 26, 1996, members of the Intersex Society of North America (ISNA) – the first intersex advocacy organization in the United States – protested at an American Academy of Pediatrics (AAP) meeting in Boston.

These brave people including Max Beck and Morgan Holmes—joined by allies from the transgender community—were speaking publicly for the first time about the trauma they experienced from non-consensual genital surgery, and the associated stigma and isolation. 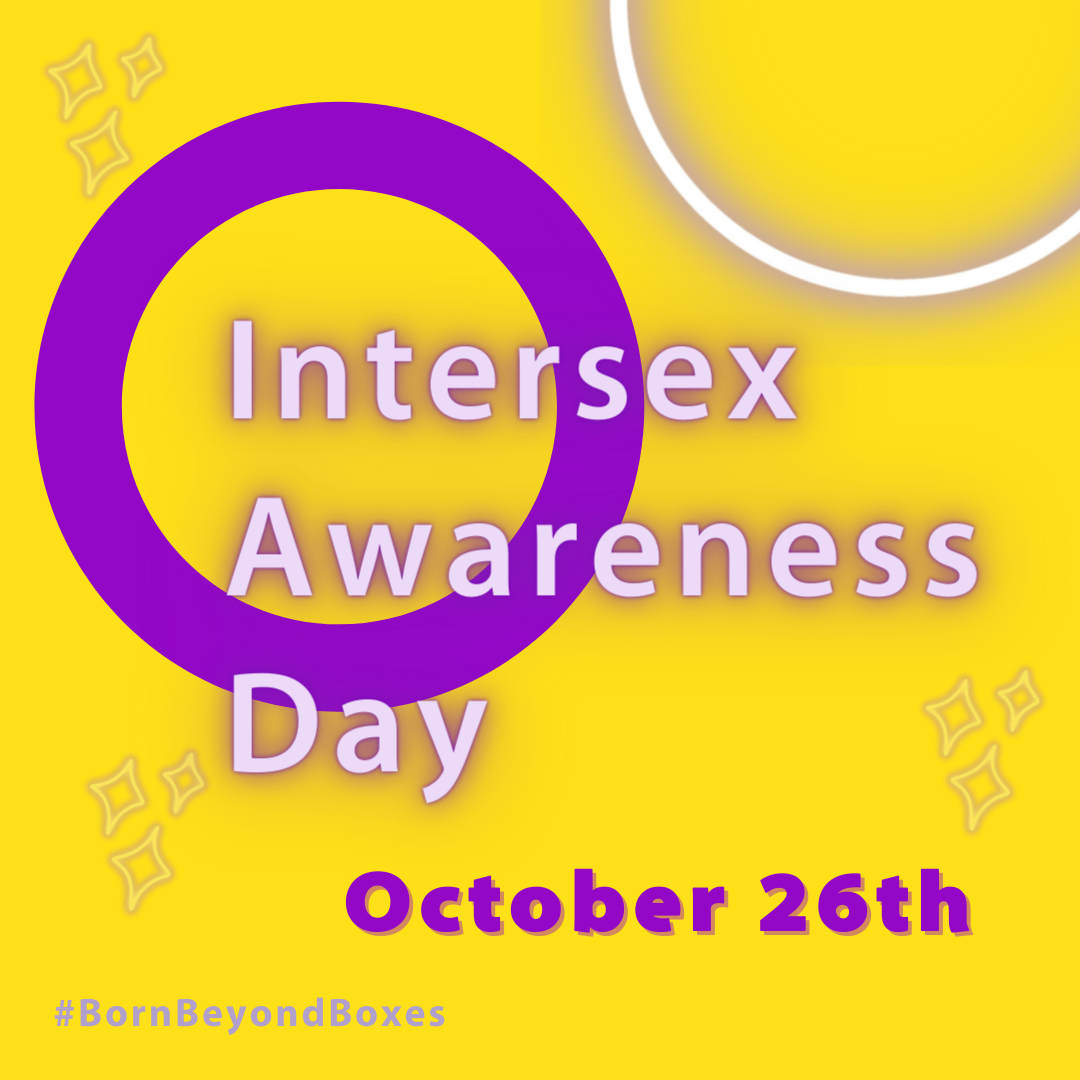 Note: Most intersex people don’t use the word “hermaphrodite” today, but some activists reclaim it.

The stigmatizing treatment model that caused their trauma came about in the 1950s, the decade that surgery on children with genital variance increased significantly. This happened in part because of medical advances, but mostly because a psychological concept called the “optimal gender theory” was developed.

This concept was created by psychologist John Money, who believed a child’s gender is a “clean slate” at birth. He claimed gender can be reinforced by creating an environment that would lead the child not to question their identity as a boy or girl. Additionally, this protocol urged that intersex children with genital variance be surgically altered to appear like a “normal” boy or girl, usually before age 3.

The idea was to surgically alter the child’s body early in life, raise them as if they were a “typical” boy or girl, and not tell them any of it. Hence the model of early sex-assignment surgery became known as the “concealment” model.

In the years since the demonstration, it’s been debunked that intersex children must be surgically altered at a young age and grow up with visually typical male/female sex characteristics to be okay. Intersex activists and organizations continue to advocate for bodily autonomy.

Since October 26, 1996, the actions of ISNA inspired individuals and organizations to give voice to the human rights of intersex individuals. In 2013, Morgan Carpenter created the beautiful yellow and purple intersex pride flag, now a hallmark of Intersex Awareness Day and intersex pride and joy. What began from little pride and mostly isolation has turned into the internationally recognized Intersex Awareness Day. Organizations like interACT, including the people that support them, continue the movement for change that has grown since October 26, 1996.

Thanks for joining us on Intersex Awareness Day! If you’d like to help us keep education like this going, consider a recurring donation to interACT to support intersex rights.