Can You Be Born Intersex Without Knowing? It Happened to Me

Home/International News, Media Program, Youth Program/Can You Be Born Intersex Without Knowing? It Happened to Me

Is it possible to be intersex without knowing? I discovered I was intersex by watching a Buzzfeed video. 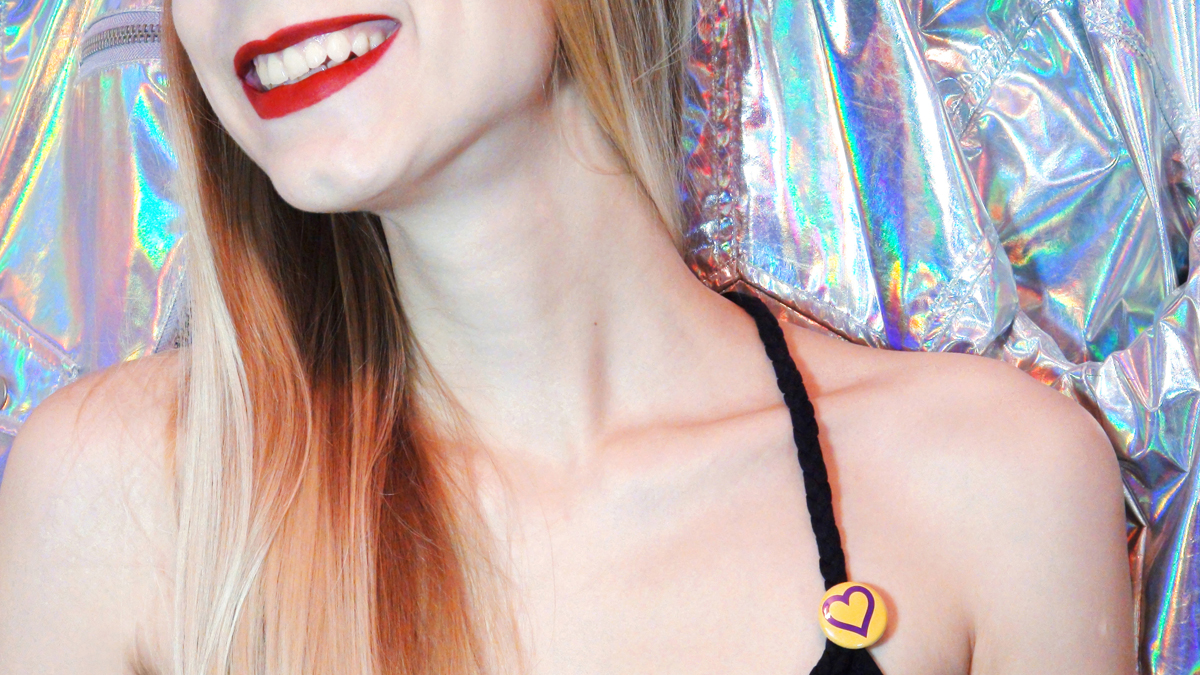 My doctors never talked to me. And my father kept everything secret from me for 7 years. Last year I discovered the truth because of the “What It’s Like To Be Intersex” Buzzfeed video, and it was the best thing that ever happened to me.

I grew up living in Russia and Ukraine, and I was just like any other girl – until puberty started for everyone but me. At 14 years old I still hadn’t experienced puberty except for some signs of high testosterone levels. My doctors at the time in Ukraine were like “Well your ovaries look strange on the ultrasound, but we’re gonna make them work!” I remember I started going to these sessions where they would put some kind of electrodes on my belly, and I would lie there for 30 minutes until the electrodes warmed up my “ovaries”. I went there a couple times a week for a couple of months. There were no results, but later that year I ended up with appendicitis and had to have surgery – I’m not saying that it was necessarily triggered by these sessions, but who knows.

Photo Irene took while waiting in the corridor for her father to talk with her doctors.

Since the doctors in my hometown had no idea what to do with me, I flew to Moscow when I was 15. Doctors there did all the tests, but they never told me the results – I was always left waiting in the corridor, while my father was invited in their office to talk to them. Then he would tell me the usual “there’s something wrong with your ovaries, you will get cancer, you need surgery” story. I’ll never forget his first explanation to me: “We’re putting your hormones on a remote control, isn’t it fun! You’re gonna have a little surgery or two, and then you’ll be controlling your hormonal levels for the rest of your life!”

So I submitted to the surgery without a clear understanding what it was going to be, I never thought they would remove my “ovaries” completely. But I thought I knew everything about the whole situation, I thought I could trust my father, that he would never keep anything secret from me. The same goes for my doctors – why would they? Little did I know my father told everything about me being intersex to all his lovers, and to all our neighbors, but not to me.

I started taking hormones, and during the next seven years I sank deeper and deeper into depression. I thought I was 100% female biologically, but I never developed like other girls, even on hormones. Over the years I started getting periods, but almost no breast growth. In the whole history of mankind nobody ever wanted to get breasts more than I did (and still do to be honest), that’s why I was so excited to start hormones. But they never worked quite as I hoped, even now after years of HRT I still have almost no breasts. And I used to view breasts as some kind of proof of being a “real female” – perfect teenage logic, I know. For years I felt like I wasn’t “girl enough”, that there was something wrong with me. I didn’t feel worthy calling myself a female, a human, not even worth existing. Once during a checkup I told my doctors that I felt self-conscious and “not a girl enough.” They asked me, “but do you like boys?” – as if liking boys automatically meant identifying as a female, and if I did identify as a female then it all was okay. I didn’t answer that question. The stupidity of it angered me! I said to them, what does liking boys have to do with me being self-conscious about my body?

I wanted to prove to myself that I’m “female enough” so I started wearing super feminine clothes and looking as girly as possible – but I still never felt that I was “girl enough”. During those years I developed social anxiety and thought about suicide every day. I was so alone, I just wanted to disappear. I felt worse than everybody else simply because I’m me, that I’m some kind of disgusting monstrous creature. To this day my whole personality is built on self-hatred and shame. I still struggle not to be ashamed of every expression of myself in that world – of how I look, of how I talk, of every word I say and of every thing I think. For years I could never relate to anyone, but I also started subconsciously realizing that I might not know the whole truth about my body.

A couple of years after the surgery I saw that episode of the show “House M.D.” where Dr. House found out that his female patient had testes. When I mentioned that episode to my father, he said “Well that’s kinda what you had too.” I was so shocked that he was saying it so casually and that he never told it to me before, I couldn’t even reply to him. When I later asked him about my body, he always avoided the question or lied.

Coming Out as Intersex

Then last year, when I was almost 22, seven years after my surgery, my whole life changed. I saw the “What It’s Like To Be Intersex” video in my subscription box on YouTube (yes, I’m subscribed to Buzzfeed, laugh all you want) and…I decided not to watch it. I thought it was about a new gender identity unrelated to me, so I skipped over it. Several weeks later, in the middle of the night I randomly stumbled upon the video again and decided to watch it out of boredom – and was completely astonished!! I thought “Oh shit, that sounds kinda like me!! I need to get my medical records!” I called my doctor and finally asked some questions. I’m still not sure if they sounded surprised or not – but they answered everything. And then I finally got my records (my father had kept them all 7 years) and discovered the truth. I’m intersex, I was born with mixed gonadal dysgenesis and XY chromosomes. I never had ovaries, instead I had a testis on one side, and a streak gonad with bits of ovarian tissue in it on the other.

For the first time in my life I knew I wasn’t the weird “not-a-girl-enough creature” that I thought. I was an intersex person and I was not alone! For the first time in my life I felt normal. For the first time in my life I started feeling attractive and had something about myself that I wasn’t ashamed of. I can’t put that feeling into words, it’s too amazing – it felt like winning a lottery or finding a treasure chest! For the first time ever I belonged somewhere. Everything finally made sense. I finally knew the truth about myself. My mom found out that I’m intersex at the same time as me, it was a big shock for her, but she was always very supportive and amazing. Four months later I met another intersex person in real life for the first time, and have met many others since then. And I have made amazing friends among them! I have joined Association Russian-Speaking Intersex, this spring I participated in a youth study session about intersex in Hungary, and just last month I presented my own research about intersex in Russia at a conference in England! I also participated in a trans and intersex related training in Russia and recently spoke about intersex at an event in Moldova.

When I asked my father how he could keep everything secret from me (and my mother) for seven years, at first he tried to avoid the question. He said “Oh, I thought you always knew everything!” But later he admitted to keeping everything secret on purpose, claiming that he made the right decision by doing so. He said he won’t apologize – even after I told him he destroyed me and my life. He said he never saw me being depressed during those seven years – even though I used to talk to him about my feelings a lot. He also said that he should’ve thrown my medical records in the trash, so I would never see them and would never blame him. At some point he stopped reading my messages and replying to me, it’s possible that he just blocked my phone number. I haven’t talked to him or seen him since. I completely erased him from my life – this wasn’t the only reason, but it was the last straw. I don’t regret it. I don’t regret the gonadectomy I had either, it saved my body from masculinizing from all the testosterone it was producing – I am fully sensitive to testosterone, and had a lot of it!

What I do regret is not knowing the truth about my own body for so long. If I had been told the truth it would have saved me from seven years of shame, self-hatred and depression. I could’ve been a completely different person by now, my whole life might have been different. But I can’t change the past. It’s hard to show the world who I am when I live in a place that doesn’t accept people who are different – so I joined interACT Youth to help tell my story and advocate for intersex human rights! In my wildest dreams I never could imagine my life being as good as it is now. I still have to deal with a lot of issues from those 7 years of secrecy, and I’ll always have to. But maybe I can turn all those negative experiences into some positive change. The last year and a half of my life has been the best yet. I have never felt as good about myself as I do now! Now I want to keep helping to prevent intersex kids from going through the same things that I had to experience in my life.

Today, on Intersex Awareness Day, I really want to thank all the intersex activists around the globe for the amazing work they’re doing, and especially interACT for creating that Buzzfeed video – thank you!! You’re amazing, you change lives, and you changed mine forever!! I’ll forever be incredibly grateful for that. :’)