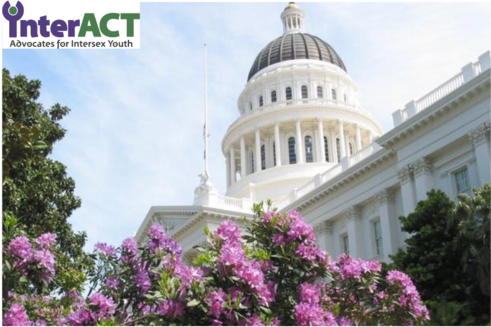 On February 12, many members of the intersex community joined our community listening session to give valuable feedback about legislative strategy. Others called or emailed with specific questions or concerns. We appreciate each of you for taking the time to share with us about what’s important to you!

We took what we learned from you back to our coalition partners, and as a result, the bill language has several new changes.

We know that many of you have suffered childhood gonadectomies that were performed when the actual risk was not great enough to warrant them. To strengthen this protection, we were able to add a clarifying term to this provision to ensure that the threshold of risk must be higher before a childhood gonadectomy could be justified. [Specific clinical guidelines will be included in regulation should the bill pass.]

This language clarifies that the trans and intersex communities’ greatest shared interest is in autonomy, and our greatest progress will come from working toward it together.

We know that some of you suffered unnecessary and unwanted surgeries at older ages — and some of us on staff at interACT have had those experiences, too.

A bill set at 18, or 25, or any age would unfortunately not be capable of stopping all medical harm that stems from institutionalized practices (like inadequate risk disclosures) and biased assumptions (like the interphobic, transphobic, and homophobic idea of what is “normal” and what forms of intimacy and family creation are acceptable). The encouraging and also disappointing reality is that this bill, as written, would be the most impactful piece of legislation on intersex human rights in the United States in history.

There’s no way to write one law that could make all of the changes we would need to see made. But what we wanted to do was write a law that stops the greatest number of unnecessary surgeries as quickly as possible. The broader issues, like some of your other ideas for education bills, non-discrimination efforts, awareness and acceptance campaigns, and affirming documentation, are also areas that we are working on in multiple states.

What these projects get at, and what our direct medical advocacy gets at, is the large-scale culture change that will be needed to transform our society into one that recognizes and celebrates people born with variations in their sex characteristics, and that affirms and empowers us in our own choices. We did not start this work, but we are proud to continue it — with all of you. 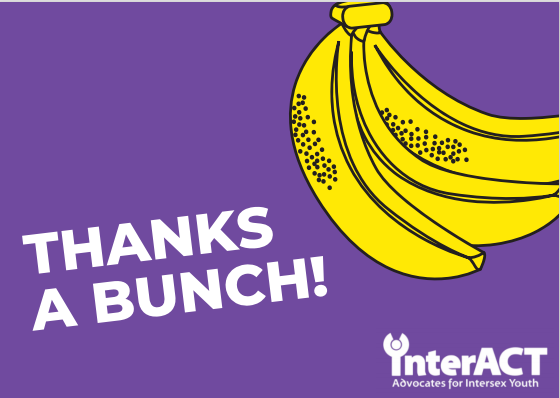