When Will My Body Be Mine? On Intersex Surgery and Eating Disorders

Home/Stories, Youth Program/When Will My Body Be Mine? On Intersex Surgery and Eating Disorders

Infant genital surgery made me feel like my body wasn’t mine. An eating disorder felt like a way to reclaim control. Here’s how I found my way out. 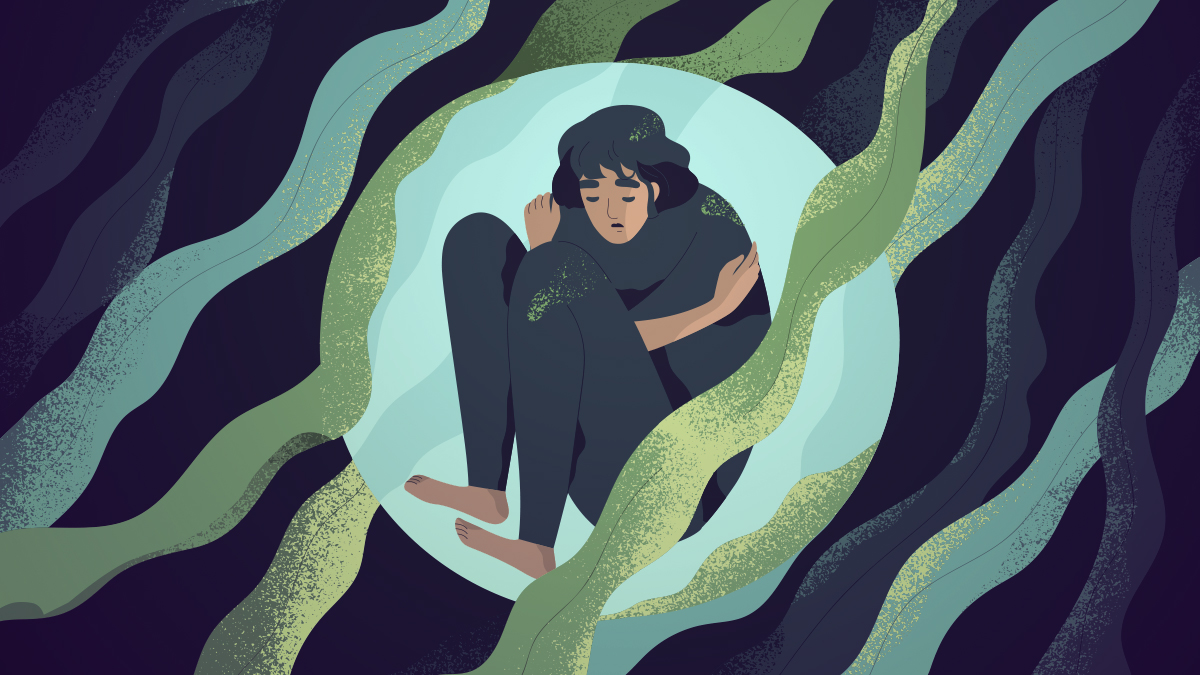 People with eating disorders learn to restrict what they eat, or act on other behaviors, in attempts to exhibit control in their lives. Control definitely played a part for me. Very early in my life, physicians took important choices away from me.

I was born intersex. Before my second birthday, doctors coerced my parents into consenting to a medically unnecessary genital surgery with disastrous long-term effects. Not only were surgeries imposed on me as a baby, adults hid the full truth about my intersex body from me until my teenage years. These experiences made me feel desperately out of control. I began to feel that my body didn’t belong to me.

I find it ironic that the body changes doctors recommended actually caused my mental health problems. Trauma and PTSD often co-occur with eating disorders. Medical trauma develops when a child spends significant time in a medical setting after surgical alteration. Psychological trauma happens if intersex people and their families are misled about the necessity of major genital surgeries. Intersex trauma is medical, psychological, and sexual. Intersex children are often subject to repeated genital exams, usually by multiple people. When a child is young, this feels like the equivalent of deliberate sexual abuse. I experienced this.

By the time I turned 13, the shame and anger built up inside me with nowhere to go. I started restricting my intake of food, and I started exercising more and more. Within a year I had completely starved myself and developed a compulsive exercise addiction with no plans to change. Despite thinking I finally felt in control of my body, I spiraled even further out of control.

I didn’t learn the full truth about my intersex body until I was admitted to an inpatient eating disorder program. The program director, after reading my medical history and discussing with other providers, brought me to a familiar treatment team room and bluntly told me I had androgen insensitivity syndrome (AIS). No one else ever told me why I went through the medical experiences I did as a child.

After everything I experienced, I had a sense something deeper was “wrong” with me, but I had no idea what. The timing felt horrible. I was a 14-year-old fighting a deadly eating disorder, and learning this new medical information only terrified me. I was not provided with any additional counseling or support. Following the program director’s careless disclosure, I refused to cooperate with the program rules in any way. I had already been rebelling in the treatment program by refusing to eat. Program staff labeled me “non-compliant” and “treatment-resistant” when I was desperately trying to exhibit what I thought was control for the first time in my life.

Throughout my entire stay in the program I clung to the control provided by my eating disorder. At some point I started eating the meals and minimally complying with the rules, but I tried to feed my eating disorder in small ways. I walked as fast as possible on our daily “leisurely” walk, and I did as many sit-ups in the bathroom as I could without drawing attention from the nurses. In a strictly behavior-based program, this meant I wasn’t getting any real psychological support when I needed it most.

My anorexia started off as an attempt to control my life. Eventually it became a big part of my identity at a time when I didn’t know who I was. It took years for my eating disorder to let up enough for me to start doing real work in therapy. My healing started after I started talking about the trauma I experienced from infant medical interventions.

Another aspect of my healing was finding my place in the intersex community. I started connecting with intersex people all over the world on Facebook. I never imagined this possibility for myself. After all, I was told I had a “syndrome” so rare that there was no one else like me. Many doctors might want us and our families to believe this. I went years knowing only the medical language of  “androgen insensitivity syndrome” before hearing the word intersex. The term immediately resonated with me.

As the years went by, I still struggled with aspects of my mental health and eating disorder, but things did start to get better. I connected with interACT and felt proud to be part of an organization that advocates for the rights of intersex children—the rights I deserved. In 2015 I went to my first intersex support group conference, and it was life-changing. Out of all the mental health treatment I experienced over the years, the weekend conference was the most healing experience of my life. What I needed was connection to other people. While I still struggle with some patterns related to my eating disorder, my life is turned around completely compared to where I was 15 years ago.

As a younger intersex person, I needed an advocate. Now I am an advocate. I needed support. Now I have all the support in the world. As a teen I felt confused and angry because of what happened to me, but now I feel proud and empowered to change the future with other intersex people.

For more on topics of intersex and body acceptance, see former interACT Board president Georgiann Davis’s work, including her upcoming book, “#INTERSEXYFAT: In Pursuit of the Ideal Body.”