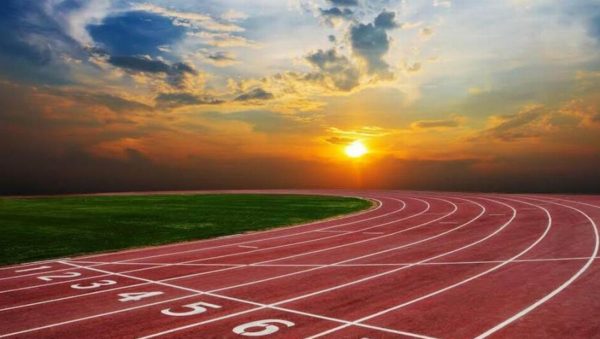 In light of Idaho’s House and Senate passing a bill that would allow invasive sex testing on student athletes, interACT’s Executive Director penned this open letter to Governor Brad Little.

It has come to our attention that House Bill 500, if signed, would mandate an extremely harmful, unscientific, and discriminatory approach to sport classifications. As the Executive Director of the nation’s only organization dedicated to promoting the legal and human rights of children with intersex variations, I strongly urge you to veto the bill. I also write to clarify a number of crucial points about the bill’s negative impact.

“Intersex” is an umbrella term for different variations in sex traits–such as chromosomes, gonads, genitals, and hormone production and reception–that may cause individual bodies to fall outside of typical definitions of male or female. Being intersex is actually pretty common: at about 1.7 percent of people, greater than the incidence of identical twins. Of people born with these variations, some are noticed at birth, while others might not be discovered until later in life, if at all. While intersex is not the same as transgender, both communities have a shared interest in medical privacy, and both communities are put in jeopardy by bills like HB 500.

This bill, which would require a physician to provide a statement for any student whose sex is “disputed,” would cause tremendous and unnecessary harm to Idahoan youth whether they are LGBTQ, intersex, or not. A policy of submitting students to invasive and embarrassing medical investigations based on sex classification opens all students up to potential harm. Being gender non-conforming, particularly tall or short for one’s age, or merely a target of general bullying would be grounds to subject a child to humiliating and potentially traumatizing genital examinations, genetic testing, and/or imaging of their internal organs in an attempt to “prove” their sex.

This bill would not only be a tremendous invasion of privacy, but would also be entirely unfeasible. Such an approach assumes, incorrectly, that all individuals can be neatly categorized as “male” or “female” based on their sex characteristics, and that an individual’s characteristics will always “line up” on one side of the binary or the other. These assumptions are flawed for several reasons. First, as discussed above, intersex individuals have bodies that transcend traditional notions of male or female. For example, some children are born with androgen insensitivity syndrome (AIS), meaning that while they have XY chromosomes, the genes carried on their chromosomes cause their external characteristics to develop as typically female. Many of these children, and their families, are not even aware that they have XY chromosomes until puberty or even later. Chromosomes other than XX or XY, such as XO or XXY, are possible in other variations, and some people may have XX chromosomes in some cells and XY in others.

Other intersex people may be born with genital differences, or with gonads that combine ovarian and testicular tissue. Second, and relatedly, there is no one trait that reliably determines an individual’s sex — other than their gender identity. Scientific experts on intersex variations agree that an individual’s own self-knowledge and lived reality decide their sex, not their chromosomes, genitals, or other markers.

Indeed, I myself was born intersex with XY chromosomes, internal testes, no uterus, no ovaries or fallopian tubes, but with typically female-looking genitals. I have always looked and identified as female. I have lived my whole life as a woman, a daughter, a lacrosse player, a cheerleader, a wife to a wonderful man for 27 years, and a mother of two adopted daughters. And this bill would have prohibited me from much of my high school experience. In addition, legal liability may arise for the state as a result of this bill. Students that have been subjected to this type of testing may have claims based in Equal Protection, the Genetic Information Nondiscrimination Act, and the bill may also violate state and federal privacy and sex discrimination laws.

This bill would invade the privacy of Idahoans, increase stigma and discrimination, and open up the state to legal liability. For the aforementioned reasons, I strongly urge you to veto HB 500. Should you have any further questions, we would look forward to the opportunity to discuss this in more detail and elucidate the reasons why this bill should be vetoed. We would also be happy to provide medical professionals experienced in this field to discuss these issues.